Celebrity Big Brother 2009: I have got a great arse 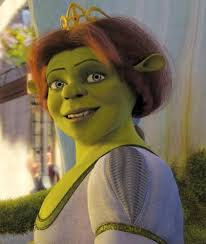 Ulrika feels like 'a man in drag' and Tina has a 'great arse and a great fanny.' Have I stepped into a parallel universe? What sort of person declares they have a great arse? You'd better be a fucking supermodel if you're going to come out with that shit. 'A body from Baywatch and a face from Crimewatch' isn't funny either. I hate people who quote insipid rubbish like that.
Oddly, I've kind of warmed to La Toya. She seems more genuinely naive than her brother who was on it; often I felt like he was biting his tongue whereas she seems more plausabily innocent.
Mutya's not saying much, is she? The hatred in Terry's eyes for Coolio (who had a threesome when he was 12) was pretty clear. I'd be amazed if he didn't put him up. The only reason Tina hates Coolio is because he's as self-centred as she is, and he takes the focus off her.
Grotbags does look like the thing from Shrek, except the thing from Shrek is more attractive. Haha, and she knew all the lyrics to Gangsta's Paradise. Tragic.
I liked Ulrika's speech. She has the courage of her convictions; and that's admirable. Men have children left, right and centre (and leave them with their various mothers to bring up) and no one bats an eyelid, she's a target purely because she has a fanny.
Mutya sounded flat, but not as flat as Michelle Heaton. She made Chantelle seem like a legitimate girl band member. I could sing better than that. La Toya added to the feel of someone's sister singing into a hairbrush. The A5 fella was beyond parody. Lucy should have just got her boobs out rather than bored us with her kind of, views on politics, kind of. Zzzz. Get rid of her, Terry. Tommy shouty-man was also mega annoying. Be good to get rid of him too, sooner rather than later.
Ah, Terry nominated Lucy. Fair enough I suppose; having boobs isn't really a talent so much as a direct consequence of being female. So will go out of her and Ulrika-ka-ka? Both 'sex-positive' women, so I'm sure both will be equally hated by the throng. And in the meantime, Coolio goes on boasting about his conquests and no one says a word, because hey, that's his birthright.
Sigh.
Posted by lightupvirginmary at 22:08

Re Tina: I mean, really, who knows all the words to "Gangsta's Paradise"? I was even surprised that Coolio does!

Most of the "talent" show was unbearable to watch.

Get Tina and Lucy out ASAP!