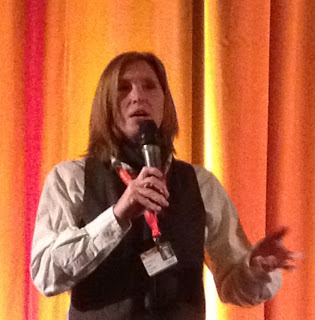 The Voice UK: Your lips are mad clean

I normally hate it when people tinker with the format of shows, but boy does The Apprentice need a shake up. It's like a recurring dream you can't wake up from. I so badly want Alan Sugar's head to start spinning around or for Nick just start machine gunning them all like in Robocop. Why can't they kill one from the losing team each week? Or at least maim them?
I'm not even going to comment on the stupid stuff they are scripted to say at the start, except to say 'I'm blonde so people underestimate me' is truly pathetic and embarrassing to women as a statement. If people are underestimating you because of a hair colour, that aint your only problem. It's self-hatred.
Obviously the best bit is where they pick the team names. We've come up with the Wildcats and the Renegades. Let's see what shit they sick up.
I think Alan's been on the whiskey: 'if I wanted a friend I'd get a dog', 'I want you to be the Marks to my Spencer' and 'we're not playing Where's Wally'. Has he ever actually watched his own show before? It's less 'Where's Wally' than 'Kill every single last one of them.'
Did someone actually just say 'I'm like Marmite, you'll either love me or you'll hate me.' Just shoot that bitch now, do the planet a favour. JUST SAYING!
There wasn't enough arguing about the team names in my opinion. Is the girls' team name Sterling or Stirling? No matter. No one was keen to be team leader, were they? I think Karren (her spelling) Brady has been taking screwface lessons from that new copper in Coronation Street.
I got distracted for about 15 minutes there because I'm addicted to this new app Draw Some or Draw something, which sounds stupider). Must pay attention to this boring programme that everyone loves and has told me to blog.
Lord Sugar: 'you couldn't get nothing simpler than this'. LEARN TO FUCKING SPEAK.
It makes me laugh when people talk about working 'in the field'. When I worked at Save the Children 'in the field' meant Ethiopia or Haiti or DRC, not going to the fucking zoo.
Bilyana's giving Alan a bit of backchat. She's going to get the finger.
The only way to make using the word 'key' worse into a sentence is to say 'I'm a key member.' You might as well just say I'm an enormous prick.
'I'm not here to win a popularity contest': almost as stupid a thing to say as 'I'm not here to make friends.' I just don't think I can stand the cliches anymore. 'It doesn't take a brain surgeon...' AERJHRJHEFESKJFDSKJDFSKJDFSKJDFKJFKJREUGIITRGI I can't stand it! 'Too long in the tooth!' erhjgfjkerjewkjlefwkjf54jiogtiijorgrkwjag;tes One more cliche and this blog stops HERE!
'I've got a small voice' - it doesn't fucking sound like it, you foghorn.
RESOOOOMAYYYYYYYYYYYYY! Oh just stab me now. I can't take it. I can't TAKE IT.
'I was made head girl'. Oh Christ. Did you get a swimming ribbon at school, too? 'Bring out the violin'. I can't watch this again. I'm sorry. I just can't do it. I tried and I failed. I tried and I failed, oh Jeane.
OMG HE JUST SAID IT'S NOT ROCKET SCIENCE. ROCKET SCIENCE. BRAIN SURGERY. ROCKET SCIENCE. BRAIN SURGERY. ROCKET SCIENCE. FUCK OFF!
Someone went home. I don't care who. I'm sorry. You're on your own with this one, folks. I'm out! See you on Saturday for my annihilation of the UK version Voice. And if you thought cliches make me angry, wait and see what I've got up my sleeve to say about Tom Jones.
Posted by lightupvirginmary at 21:09 2 comments:

Here's my phone sex secret; after I left university and no one would employ me, I saw an ad in the paper for phone sex line work, and sent off for the application form. I've still got the application form somewhere but it was enough to put me off. You had to create an elaborate character for yourself and grin and bear it when men were disgusting animals. I had neither the spine nor the vocabulary for it.
It's a bit like volunteering for Samaritans, which I've toyed with; I don't actually have the balls to be on the coal-face, one to one with the uncensored reality of suicide or spunk (and sometimes the two aren't that far apart). I'm not cut out for it. It's customer service, really, isn't it? I can't say 'have a nice wank.' I'd just want to laugh.
And for phone sex at £8 an hour, it wasn't worth it. But I admire those who are ballsy enough to do it. I like the fact the girls on this programme are having a laugh with it, and basically taking the piss out of men. It's acting, I suppose, but I'm not great at acting.
I love the fact they're all doing mundane stuff around the house or in the supermarket taking these calls. I love the housewife who's all matter-of-fact and painting the wall whilst the bloke jerks off. Her accent is so unsexy, too, she's like someone off Corrie or something, it's so British.
I'm not sure I even consider this 'sex work'; you don't have to touch anyone or emotionally commit. It seems more like a game and quite harmless.
I like the dominatrix one and how she's so polite at the end. I kind of feel like she shouldn't be giving away all her secrets like about the sound effects and stuff. She's ruining the mystery! I wanted more of that stuff though, like squishy noises and clanking about. I like the charade.
I understand the point about it skewing your view of men, but if you don't know that the majority of men are sex-obsessed then you don't know much. Men masturbate: and so do women. There; the world didn't end at that revelation.
If I did have the balls to do it, or was desperate enough, I wouldn't have a problem doing sex chat whilst in a relationship. It's not cheating. It's not a relationship. It's a paid fantasy.
I thought it was a bit weird when the woman met a client and started dating him though; surely that's against every rule in the book and something of a safety risk? Mind you, is it any different to meeting someone online? I don't know.
Bonus points: My hits for this blog should rocket with all these sex tags. Sadly, the people stumbling across my blog are going to be bitterly disappointed. Hey ho!
Posted by lightupvirginmary at 23:14 3 comments: