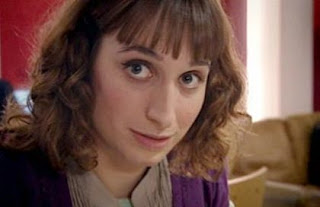 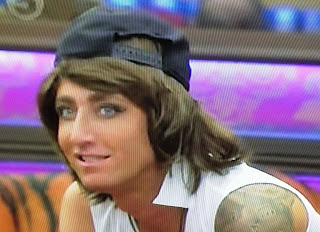 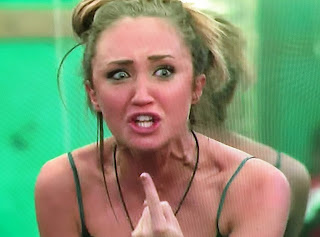 Celebrity Big Brother 2016: Is there life on Marbs?

So this is the one the producers have been waiting for, the double whammy of grief-jockeying and Cheban flouncing out. And it starts off hilariously, with the highlights of Tiffany thinking David Gest was dead. AMAZING.
So Angie is staying in the house to 'avoid the press'. They'll still be there when she comes out. Big Brother sounded a bit cold with her and like he wanted to get rid of her, I thought. What gives, BB, why not send a nice friendly BB voice in to pass on death news? Heartless.
'THE STARDUST IS GONE.' So they call Christian and David Gest up to comfort Angie. Lucky Angie told David Gest that David died first so he didn't get confused. Christian's immediately like: 'How did he die?' wanting to get all the goss and then declaring it 'a private matter'. He is the most high handed housemate I've seen since Ulrika Jonsson. Also, a bit off topic, but is 65 too old for pigtails?
Mum's the word, OK? Remember that.
OMG so David Gest is unwell (and advised by Big Brother to rest, I note, are they trying to set this up?) and in bed so this is how the confusion starts. Classic.
Angie is partly to blame for this nonsense for presuming people know who she means when she says, 'David.'
Angie: 'You can't say a word. David's dead.'And then Tiffany starts whooping and hollering and drops into Angie's arms. Did Angie just think Tiffany was a really big fan of Labyrinth or what? The screaming and theatrics were just amazing. 'ARE YOU SERIOUS?' Then she cuts to 'I know you're joking?' It's like seeing a one woman am-dram performance.
Angie: 'It just happened now. Of cancer. Please stay calm.' Tiffany: 'We've got to get everybody together. I need a drink.' Doesn't she think Big Brother might announce it if David Gest was dead, or at least remove his dead body from the bedroom, hahaha! Call Dr Ottoman!
This is the best farce and the funniest first ten minutes of Big Brother I've EVER seen. Just magically comical and stupid in every way, and of course, deeply bleak, which makes it even funnier.

Fuck! I don't blog for two days and David Bowie drops dead and Jonathan Cheban walks. I thought he was just actressing! Angie remains in the house, because airtime is airtime and she probably hasn't spoken to Bowie in 30 years. Still, RIP! David Bowie was the Goblin KING. Did Endemol/ the producers/ Ted know Bowie was dying, and cynically put Angie in the house anyway? Weeeeeeeeelll, I wouldn't put it past them; would you?
David Bowie seems too young to die. I only watched his creepy new video on Friday night, and Emma wished him a happy 69th birthday on Friday's show. I guess he wasn't watching his ex wife slag him off from the hospice. I don't think any of this is going to help the mother/son relations with Angie and Zowie, do you?
So less depressingly, why did Jonathan walk, especially on a day when he's always going to be second billing? Was it the Nescafe? Was it the beans on toast? Was it the relentless drone of GC? Probably all of the above. He's probably in a Holiday Inn right now, sipping on a cappuccino and checking his Twitter. Please remind me to stop betting on Big Brother. I have only ever won when I bet on Rylan.
Ugh, now all we're gonna get stuck with is a bunch of fake ass showmances! That's the worst.
Angie comparing Big Brother to Guantanamo Bay. Bit strong.
Darren Day upset that Robbie Williams rang up under an assumed name and tried to steal Anna Friel off him. All he has is a trail of celebrity girlfriends behind him. You don't hear so much about Anna Friel these days, do you?
Pizzagate seems hollow with the knowledge that Jonathan has gone. Jonathan: 'Mind your own fucking business.' I feel empty. I liked Nancy's 'I've never been a mum to anybody.' Jonathan: 'You're not the boss of the pizza.' Who is the boss of the pizza, Michaelangelo? Why did Hollyoaks start holding Jonathan's hand halfway through that row? She's rampant. She's too hot for Hollyoaks, even the late night one.
So Jonathan is put in charge of assigning presents to keep his arse in line, but it didn't work, I guess.
Ooh Jonathan gave Tiffany immunity! That's cool. He could have given himself immunity but he gave himself a massage. I guess he really didn't want to stay after all.
So they have to catch their presents. I quite liked that as a gimmick. Gemma seemed a bit ungrateful about the takeaway (probably because she can't catch) Kristina acted like a spoilt brat. David Gest: 'A Liza Minnelli CD', LOL. Spider following, ha. David Gest is full of shit. I wonder what his real personality is? I bet he doesn't even know.
Oh so they don't know Jonathan picked the pressies for them. Ha.
I'm glad Tiffany caught her immunity. God, imagine if it was one of the thick squad? I would be crap at catching things.
Jonathan caught his massage. I actually like this as a task. Ha I'm glad John/Christian has to do face to face noms. Now we'll see what game he's playing. He'll pick a safe option, I'm sure. At least we know it won't be all face to face noms now.
Tiffany fancies Darren so much she wouldn't mind if he cheated on her. She sounds like his ideal girlfriend. Tiffany's not in her element. She needs a drink so she could talk to these idiots 'then she could talk to a hole in the wall' (or fuck a hole in the wall, I think). Fair enough.
I s Bahamia a thing? Tiffany: 'Warm blooded people tend to like alcohol.' That's true. Reptiles prefer babies blood.
Ha I just saw a tweet from Stephanie's man-bunned boyfriend saying he's dumped her. Her agonising is more enjoyable now.
Tiffany talking about Jonathan's dick. 'It's thick, he's going to give you a mouthful.' Honestly I have never in my life had a conversation with female friends like this. It's alien to me. Plus, about JONATHAN. Just, no.
Ha now they've revealed Jonathan doled out the presents. This is going to go down like a sack of shit.
Nancy is not keen on going to jail. Jonathan is pretending he doesn't know what incarceration means, ha. He's playing the Megan card!
Kristina seems so stuck up, she doesn't ever seem to have anything positive to say.
How is Darren going to continually rub his nose with boxing gloves on?
Hold on, Danniella is spelt with two n's?! WTF. I am agog. All this time I've been spelling it wrong. All. this. time. She's got the Austin Armacost treatment but she doesn't look as hot invisible as him.
Stephanie is sobbing about her BF in the DR. Do you think they'll tell her he's dumped her? Probably. Hold on, she fancies Justin Bieber?! This girl is unredeemable.
I don't think Jeremy loves her, he doesn't even respect her. He's just a dirty dog who wants to fuck her.
Nancy is calling for her lawyer in jail. Isn't she a lawyer? Better call Saul.
Scotty T judging Stephanie for her behaviour when we know he's riddled. Stephanie hasn't actually got off with Jeremy. She just, you know, wants to.
Jeremy freaking out about kissing Tiffany and making her kiss Scotty T in case Stephanie finds out. Now Scotty T is kissing Megan! What a slutbucket. Him, not her!
Jeremy does fancy Stephanie then. If he really liked her he would respect her boundaries/boyfriend etc. But he just wants to get his end away. I *almost* feel sorry for her.
So they are shamelessly showing us a clip from tomorrow. Hold on, I thought they were telling Angie in private! It's pretty crass, isn't it? Tawdry.
PS: Here's the podcast we did last night, when David Bowie was still alive. What a difference a day makes.
Posted by lightupvirginmary at 22:16 No comments: 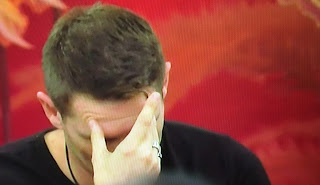 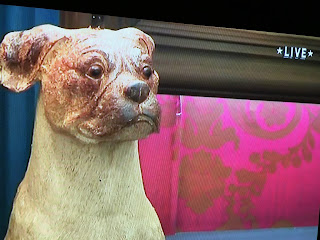