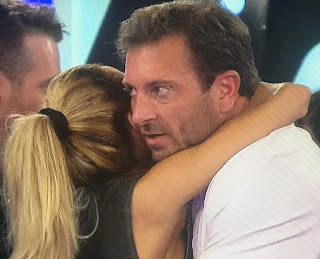 That was some massive thing that Natalie decided to chew . Marshmallow or something .
Jason stood he's ground with Charlie .
There's too many potential showmances - Georgina & Jackson, Ryan / Hughie & potentially Sam
Charlie & most likely Jason , once they get drunk or something .
It should be face to face nominations this week but I feel they be lame reasons for some of them .
Natalie went for the kill of Hughie. Seems she's obsessed with Hughie. Maybe she going to get the main housemates put up Hughie.

Trying to find the Ultimate Dating Site? Create an account to find your perfect date.