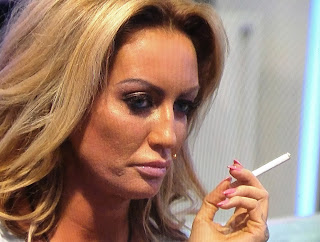 Back again? Well, we know as a BBUK fan you're a glutton for punishment, so I'm not surprised to see you here. I was laughing today at people begging the BBUK Twitter account for tweet updates from the house. Not live feed, TWEET UPDATES. They can't even be bothered to do that now. For fuck's sake, even your average charity tweets several times a day. This is meant to be a real-time show. Do you remember the red button? The split screen where we could choose from four cameras? I know, I'm old. But they still have this shit in America and Canada and the fanbase speaks for itself. BBUK was trending last night on Twit (launch night), but I didn't even see it on there tonight. They've dropped the ball so badly, yet they're too stubborn to even admit it, so they just keep digging and digging. This COULD be the last BBUK we see. I would not be surprised.
Anyway, enough moans. So what's on the agenda tonight? It will all be above board, good clean fun, just letting people get to know each other naturally, I'm sure. Ha.
I can't believe they're revealing the twist already tonight! What's the point of having a secret house for one day? Seems like a lot of fuss about nothing. Oh, OK, it wasn't quite revealing it, just showing the others VTs of the housemates.
Ok, so we're getting to meet the others in more detail now. Andrew (Pob) is a chess champion and a cunt. Hughie is a bisexual Irish traveller with really bad woollen black hair. Thick as shit. Jane (blonde, older) catches cheating spouses. Natalie (black, older) is a dominatrix. Ryan is a self-hating gay man. Charlie looks like the other old blonde one, and not even that much younger. She's a lapdancer. I'm glad we got to find out more about them. Ryan is obviously the most punchable. What an arse. 'Might as well go home now.' See ya, then. he's like Maaaaark (think eyebrows) without the charm and Maaaaaark had ZERO charm. Judging by his posts that someone has dug up on Twitter he's also a complete sexist. He's just the housemate equivalent of the BB producers trolling US! I see you, Big Brother.
Is Sam of the alleged great hair really 23? He has had a HAAAAAAAARDDDD paper round. There are crows in Blackpool sans claws.
The 'others house' (great name) looks cheap as fuck. The war room is even cheapo, those little wooden mannequins are like a fiver in The Works. And the name tags! I've had better name tags on a training course in Ewell.
Andy is giving advise to Lateysha that she doesn't look like she wants. Mixer! I think I don't like Laura already. She seems like an attention seeker. On bbuk, I know, you'd hardly believe it. Shocking.
Marco has a hall pass from his fiance for Big Brother (so he can shag someone else). I love it. What lucky lady will take him up on this offer? It's not really that enticing, is it? He literally has pre-emptive Big Brother brain. I suppose it's better to do that that fuck about once you get in there like people normally do. I hope his girlfriend has a hall pass, too!
Lateysha, we can see your knicks in the DR chair. Her body is good! I like her so far.
The others are watching the VTs of the main housemates. Andrew seems like a real fun guy, doesn't he? I like the fact he called the twins 'targets'. He's a gameplanner, alright!
Jason (Terry Tibbs) is Charlie's (Sarah Harding's) ex. He called her 'broken'. That's a bit mean. Seems like they only just broke up so that's a bit cruel putting them in together. And she still loves him! Not cool, Big Brother. Not cool.
I love Andrew saying 'let's get revenge'! I think he's gonna be good TV. He's always looking for an angle.
Marco: 'Do you like being choked?' What a chat up line. Evelyn: 'I don't like too much slapping.' Dear God. First night small talk has changed, hasn't it? Makes you pine for Steven Goode and his 190 countries.
Hmm, Jackson is stroking Sam's hair. Guys are so hetro-flexible these days, I can't keep track!
Why is Natalie rounding on Andrew for giving a dirty look? I bet he totally was. He thinks he's above all these people. Because... he is? Natalie is going to get on my last nerve, I can tell.
Hughie is storylining. Shame he's so boring. Hughie and Ryan bitching is NOT good TV. 2D characters. Next.
Georgina thinks Evelyn is 'devious' ie. better looking than her. Sigh. The girl on girl hate is as inevitable as the black girl first boot. It's a tale as old as time.
Ugh, Ryan is vomming on the astro turf. What was he even drinking?
Jackson's face makes me happy. I can't work out if he's bi or just trying to 'mantub' Sam, but hey ho, it's all fun to watch.
The others bedroom is horrible, green is not a good colour for decor. Andrew is definitely king of the others. 'Gameplan.' Hold on, is he American?! How the fuck did I only just notice that? Ooh, hybrid accent. OK, now we're talking. We're looking at our winner here. Commence backstabbing! Throw the others under the bus! The power is up for grabs!
Posted by lightupvirginmary at 23:15

I can't remember much what happened in tonight's show . I'm sure it won't be that simple for "The Others" to just pick who they want up for eviction as nothing that simple . Today is Thursday and still not seen who actually be up for eviction . Not much time for channel 5 to make more £ from the votes .
Big Bro can easily be axed anytime should c5 choose to . Last year they cut the series short and this series they seek to even cut it even shorter .
I still can't remember all the names . Hope the name tags and name on screen stay on for a little while longer .

Hope this isn't the last season! Even if it's a shit-show, it's better than a summer without. Plus, how am I gonna get my BigBrotherBile fix, huh?

They probably spent a small fortune on the remodel & all the screens for the exterior stage. BBUK better go on past 2016!!!

I swear it's going to take me a good week or so to get used to all these accents. I need subtitles BIG TIME. I'm sure all I missed will be cleared up during your 1st podcast, which I'm so looking forward to. The strawberries in my freezer are just waiting to plop into my blender come Friday. Cheers from Oregon!

Apparently they signed a contact for 3 more years. So it should be safe if the figures don't tank.